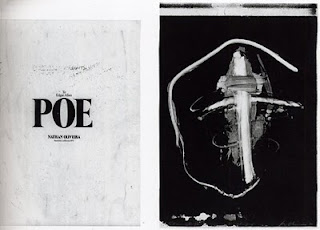 Nathan Oliveira, title page and print from the series To Edgar Allan Poe, 1971

Halloween is approaching, and it seems like a good time to investigate visual artists who were inspired by Edgar Allan Poe.Since I have been teaching in Baltimore this fall, Poe has been on my mind. Poe lived in Baltimore (he moved often) and is also buried there. Currently, there is an Edgar Allan Poe Society of Baltimore that now keeps the memory of the writer alive 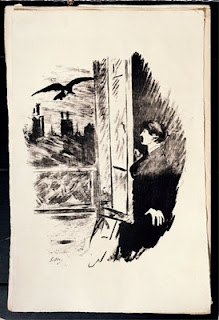 Édouard Manet, Lithograph, published with the poem “The Raven”, 1875

After some online research, I found that the Baltimore Art Museum recently had an exhibit that featured artists inspired by Edgar Allan Poe (The University of Virginia also had a similar themed exhibit). Poe’s writing is now in the public domain and much of his writing can be found online. The website The Literature Network has a thorough collection of Poe’s writing (If you do not see the links to Poe’s stories and poems on this site, look for the column on the left as you scroll down). 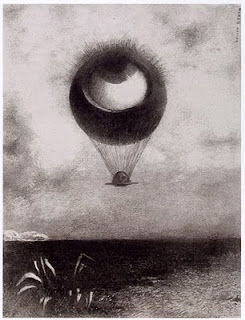 Odilon Redon, The Eye Like a Strange Balloon Mounts Toward Infinity, Plate 1 in the Series For Edgar Allan Poe, Lithograph, 1882

Artists for generations have been attracted to Edgar Allan Poe’s imagination, depth, and vividness.It is these qualities that pierce through the macabre for which his best literary works are known.Some artist’s like Edouard Manet have made more literal illustrations of Poe’s writing. Manet made lithographs to illustrate Stephane Mallarme’s French translation of “The Raven”. Artists Odilon Redon and Nathan Oliveira have made suites of prints inspired by Poe. For artists like Edvard Munch much of their art work is ladened with a mood akin to Poe’s writing. 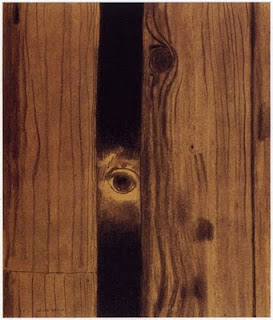 Life is ripe with paradox. For example, one cannot truly know the lighter side of life without feeling its darkness and despair. For all of Poe’s focus on the darker side of life, he also understood its opposite. For example,“The Pit and the Pendulum” is relentlessly dark. However, it would not be memorable without the light at the end. 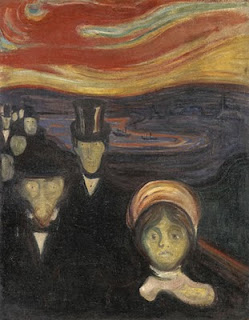