I am a little behind the times regarding news. Recently, I heard that the painter Steve Emmett had died suddenly in 2008 and in 2009 there was a memorial exhibit at Edinboro University of Pennsylvania’s Bruce Gallery. From the memorial retrospective the University has produced an extensive catalogue. Emmett was a professor of painting and drawing at Edinboro University from 1988 till 2008. I got to know Steve during the fall 2004 semester while I also taught at Edinboro.

We would chat from time to time outside of the art building. Also on occasion I could hear him lecture to his class in the room next to mine. We shared some of the same students and I realized that Steve was a well-informed and serious artist. From his website and other information I found online I learned that he spent much of his life in the Northwestern part of Pennsylvania above Pittsburgh. His paintings often appear deeply personal and indicated a complex inner life that seemed to contrast with his calm outward personality.

Gallery director and Professor John Bavaro states at the end of an interview with GoErie.com that he would love to see Emmett get national exposure. Emmett’s work serves as a reminder that there are artists quietly making important art outside of large urban areas. There were 60 paintings in the retrospective exhibit and many can be seen at his website. I have included several of my favorite paintings by Emmett below. Hopefully, I am giving Steve a little more of the exposure he deserved. 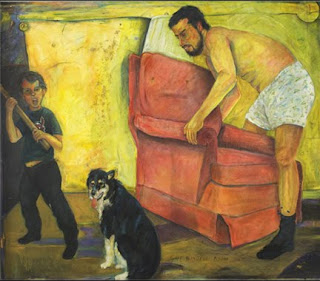 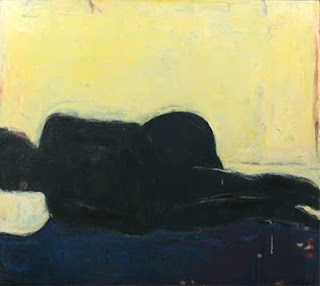 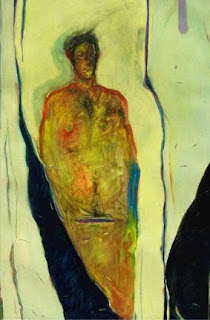